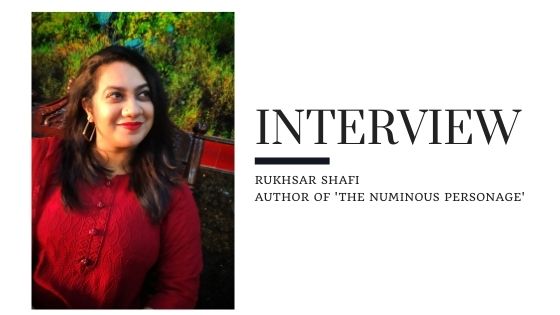 Rukhsar Shafi is an award-winning author based in the port city of Karnataka, Mangalore. The Numinous Personage is her first novel. She’s a freelance screenwriter and a full-time dreamer. She is dead inside from not receiving enough love from the cats she has chased behind and has an awful obsession with stationary. She has written short stories on the online writing platforms; Wattpad and StoryMirror. Her short story, Dear Julia, has been published as a part of an anthology in paperback form and her serialized fiction, Mad Court, has awarded her the Author of the Week award and is currently nominated for Author of the Year on StoryMirror.

Rukhsar: I’ve always been a fan of mythologies. I’ve read so many stories based on different mythologies; mainly Greek, Roman, and Norse. Which led to my interest in other mythologies and I came across this amazing story about Oisin and Niamh, who was a warrior and goddess of the underworld, respectively, and that began my curiosity into the Celtic Pantheon. The Numinous Personage holds a very special place in my heart and writing it was no easy feat.

The Numinous Personage is an entanglement of the history of the Celtics in the modern world and setting it in a fictional town called Beaumont Valley in Georgia, USA. It’s a story about a young girl and the new boy in town with secrets of his own as they uncover the lost mysteries of the town.

Rukhsar: Frankly, I’m terrible at naming titles. it took quite some time. Numinous means presence of divinity and Personage means person. Basically, the title means Divine Person and it kind of went with the theme that I was going for in the book as it’s a fantasy fiction based on a supernatural race with divine powers.

Rukhsar: I’ve always been a dreamer. I used to cook up so many stories in my head and would share it with my siblings but my passion for writing came when I was in school. I won the second place in a creative writing competition and I poured all my story-telling capabilities in it. I didn’t know I had the knack for it till I won that prize. But I pursued it when I was in college and the times were a bit rough for me. Writing helped through all my problems and I realized then that writing was my true calling.

Rukhsar: Sharing a bajillion stories with readers. Inspiring young writers to take up writing and letting their creative juices flow. As they say, the pen is mightier than the sword. I think it’s very important that people still read books. It’s not a mean of escapism but another mode of travel that one does with each book. So, I hope I’m an inspiration for those who think they’re incapable of writing or sharing their stories with others. I was once that person who doubted by skills but with the right inspiration, anyone can achieve their goals. Also, I want to be happy and content in life with no regrets.

Rukhsar: This is a tough one. Marketing a book is very important and doing it the right way even more so. But it all eventually depends on the book itself. Writing is a skill and it requires training. And it’s the same with marketing. It’s a skill. The more you talk and broadcast about your book, the better. However, the story of the book should also be up to that mark. Because, it all depends on word-of-mouth and how people perceive the book in it’s first phase. If it all falls short over there, any amount of marketing will not help. First, a good story and then the right marketing strategy. This will definitely increase the number of readers for a book.

Rukhsar: Life is not black and white but it’s not a single shade of grey either. It’s a rainbow of colors and each color represents a phase in your life. If things are bad now, it will always get better. Because that’s the way of life. It’s a balance. And to never lose your capability of wonder. Things aren’t as bleak and dull as it may seem. Follow your heart and tread your own journey.

Rukhsar: I still write. But not as an author but a screenwriter. I’m a freelance screenwriter who’s currently working on an independent project. Other than that, I read. Not just novels but comics and Mangas. I, also, watch tons of shows and animes. Currently I’m trying to learn how to paint because I’m quite terrible at it. I watch sports, mainly Cricket and Football but sometimes Tennis because I’m a huge fan of Novak Djokovic and Rafael Nadal.

Rukhsar: I draw a lot. And I read tons of fantasy books. I research about Celtic mythology and how to overcome a writer’s block. Just kidding. But I do read and do the research. I think everyone has a different way to overcome their writer’s block. For me it’s pages of terrible doodles while doing some heavy self-reflection. I re-trace my characters steps and think what they would do in that situation and hopefully find a path out of that block. Also, tons of music. English, Hindi, Korean, Japanese, French, and Italian, just about anything that would help.

Rukhsar: Director: Guillermo del Toro. There is no one better than him to handle supernatural and paranormal. I’ve loved his movies since the time I was a kid and love the way of his direction. As for actors I haven’t given it that much thought. But if I were to chose for my main two protagonists would be Maisie Williams or Mekenna Grace for Jenay Lambert and for Ace Chevalier’s it would probably be Tom Holland or Asher Angel. Again, it’s a quick thought.

Rukhsar: I’m currently working on two books. One is the sequel to The Numinous Personage and by the Summer of 2022, it’ll be published while the second is a brand new book of a new series that hopefully will be done and published by Winter 2022. The book titles are yet to be revealed but the title of the sequel will soon be revealed on my social media platforms and website.

Rukhsar: Keep writing. The more you write, the better the skill. Write short stories or poems. Read a lot. Keep your imagination always alive and ‘wonder’ to be always present with you. Write what you feel and don’t follow the norms of others. Everyone has a different take on things and it’s important that you believe in what you write and convey your thoughts through your words. 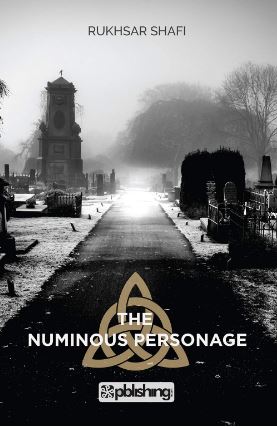 2 thoughts on “In Conversation With Rukhsar Shafi”