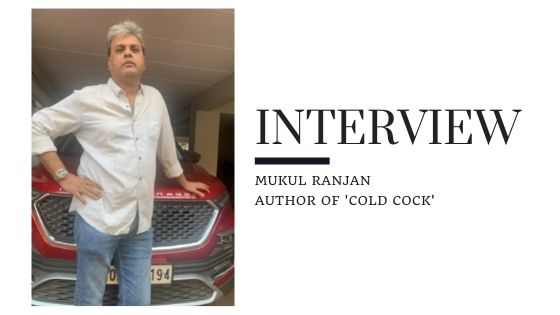 Mukul Ranjan belongs to Bihar’s Madhubani District. He attended school and college in Bhagalpur. He got his Masters in Journalism from Mumbai University. He did not wish to work as a journalist. So he started working as a screenwriter and later, as a director in Mumbai’s Hindi film industry. He has written and directed several movies, TV shows and documentaries. Cold Cock is his debut novel.

Mukul: I wanted to write a novel in the backdrop of financial depression in the country. The theme of the book that I’d decided was the creators of an organisation were hell bent on burying this organisation gleefully. I first thought of setting my book inside an STD booth (from early 90’s, if you remeber ) with 7-8 people handling these telephones. Then I thought of another setting – a nursery for plants. But then again, I thought about a plastic bucket manufacturing factory. Nothing was working out. Something was missing. There I could see it clearly, the buzz, the youth, the mounting. Finally I set it inside a TV channel, a regional one. I had the characters, the ambitions, cut throat competition and the lingo.

Initially my manuscript had a word count of 100,000 words plus. I started trimming it. The years of my experience as a director came in handy. I knocked off unhappening, verbose, uninteresting paragraphs and chapters. You know, writers are rigid and greedy about each word that they have put up in their manuscript. I think otherwise. I am responsible to my readers and publisher. After months of trimming I could bring it to half its word count.

Mukul: I had a manuscript ready with me without any title! I mean, I had a title but I wanted to change it. After some time another title came to my mind but still I was not happy. I believe strongly that selecting the right title is half the battle won for the book. One full year had passed and I had completely forgotten about my manuscript with no title.

One night I came late from shooting. It was 3.30 am and I was having dinner. I switched on the TV. In some championship a boxing bout was going on. The final round was about to start. Both the boxers were strong, looked hungry to win and were evenly matched. The final round started. Punches were being exchanged and I stopped eating as my eyes were glued on the TV screen. The boxer punched above the right ear of his opponent and he fell like a tree. The commentator was going berserk with his commentary. The countdown was on. I still remember the words of the excited commentator, ‘oh dear, oh dear, what have we got here, my my, Gregory has coldcocked him.’ The match got a winner and my manuscript its title, COLD COCK!

Mukul: I have been a storyteller since my school days. All the staff of most of the libraries in my hometown knew me since I used to spend most of my free time there. Mahatma Gandhi’s autobiography is the first book that I remember to have read first. It left a deep impression on me. I used to read lot of spiritual books, autobiographies, translated works of Korean, Chinese, Polish, Japanese and other authors from different countries. In my childhood I used to read lots of available books and literature on our revolutionaries like Chandra Shekhar Azad, Bhagat Singh, Khudiram Bose, Bagha Jatin, Subhash Chandra Bose, Ram Prasad Bismil, Ashfaqullah Khan and several others. I still get goosebumps when I remember those writings. My articles and stories started getting published in newspapers and magazines during my plus two years. At the same time I also used to write articles and stories for the radio. I used to record thes in my own voice at the radio station. My dad suggested that I do a course in journalism. Each of these developments were pointing towards a career as a writer. I started as a screenwriter in Hindi movie industry. After some years it was a natural progression towards direction. After writing for most of the formats only novel writing was left for me. So here it is, my debut novel – COLD COCK.

Mukul: I would be writing books, for sure, to entertain my readers.

Mukul: For the batter it is said, every run counts. For an election it is said, every vote counts. For a book, I believe, each one of these things count. Why just stop at quality of a book or marketing. Cover design, titling, fonts, paper quality, access to readers, author’s profile, publicity, book trailers, each of these things is important. It has now become a sort of 360 degrees curve for publishers and authors. Being laidback is a dangerous sign for an author. An author has to work really hard on publicity and promotions in order to support his publisher. The publisher has to think about out of box ideas to promote the book.

Mukul: Keep reading and supporting new writers. The ground is slippery so your support counts. Talk and write about the books that you have read on your social media handles and elsewhere. Remember, one word from you about a book is several words for that book to the world.

Mukul: I work as a director inside a studio or on locations.

Mukul: Not faced it, yet, thankfully.

Mukul: I’m thinking about it. I have got several ideas, both for fiction and non-fiction but have not zeroed in on it yet.

Mukul: Keep reading. And read both, fiction and non-fiction. The more you read the more sure-footing start you’d have when you start writing your book. Another important aspect is that a writer needs to be a careful observer of surroundings, gestures, nuances, conversations, unusual behaviour of nature, animals, people, in short anything or anybody. She or he also needs to keep taking notes of things, people, conversation observed. If not on paper then at least, mentally. Small little things will help you as an author when you jump in the choppy waters. 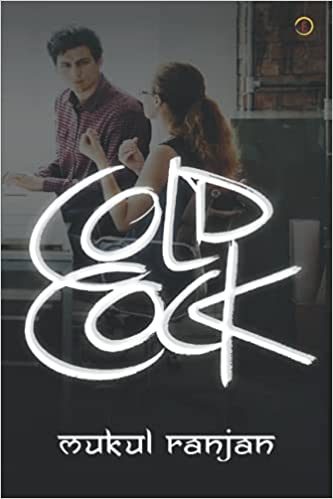 One thought on “In Conversation With Mukul Ranjan”