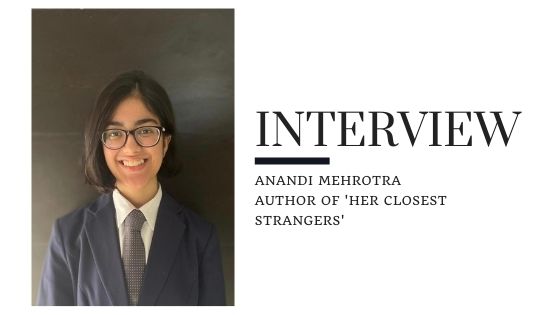 Anandi Mehrotra is a sixteen-year-old who started writing three years ago. In 2019, before the pandemic wrecked everyone’s lives, she was chosen to be one of the seven people to attend the greatest literature festival in the world-The Jaipur Literature Festival. That is when she glimpsed paradise – her paradise, which was filled with books and the greatest authors of all time. Seeing children her age getting their books launched at the festival fanned the spark that had long been burning inside her. She made up her mind to pursue her passion for writing and live her dream of getting launched at the greatest literary show on Earth one day.

Anandi: About my book:
“Maybe this was a ‘coincidence? I think not’ kind of scenario. Or a more likely case-the universe was just playing a cruel trick on me. And just like that, I was back in Nostalgia town, and looking around, I realized it was a ghost town. There was no one here and I was clawing at my chest, trying to get some air. I needed to escape. I needed to escape because the absolute desolation of this place was choking me. I was trying to find an exit, I was banging on doors, I was standing in the centre of the town and screaming as loud as I could, but no one came. No one heard me. I was trapped. And I couldn’t get out.” – Emerald.

Emerald Johnson comes across some horrifying finds when she breaks into her father’s study- discoveries that would forever change the course of her life.

As she launches a covert operation to find out the real truth behind her father’s mysterious double life, Emerald begins to track the victims of “her father’s depravity”. A new chapter of her life begins when she moves to Oxford and is reunited with her old friends, Trey and Charlie, who had supposedly abandoned her four years ago. Her vision of a peaceful life in Oxford soon distorts into an ordeal as she finds herself entangled in a web of lies and treachery; having to look behind her back every step of the way.

And that’s when the plot takes a sudden twist.

“Mine was a different kind of chess, with a different set of players. It felt like a puzzle that I’d wrongly assembled, perhaps, because it looked so twisted, but it was also missing one piece. The centre piece.” -Trey.

My journey:
When I was chosen to be the only junior going to JLF, I could’ve never imagined that it would lead to me building lifelong friendships and being inspired by everyone there to such an extent that I would write a book. Writing a book had always been a dream of mine, but that’s all it was, a dream.

I had originally started writing with a friend of mine; we would sit together during library periods and free periods and talk for hours at end just deciding plots, deciding storylines for each character, and writing small drafts and sending them to each other. But we realised after a few months that it wouldn’t work out. The proximity that we needed to write a book together just wasn’t possible because of school and coachings. So, I decided to go about it alone.

2019 consisted mostly of writing, changing the plot, crumpling up papers, writing something again, and repeating the process all over again.

The actual writing began in 2020. I had a lot more time on my hands now that classes were online. It became really difficult for me to focus on school and tuitions, and I started dedicating more of my time to writing. Everyone in my family was originally quite unsupportive of me writing a book because it was distracting me from my studies; that was something that made my journey particularly difficult.

I dropped writing multiple times throughout the year because it just kept getting harder and harder juggling everything. I wouldn’t have gotten through that dark phase were it not for my friends. One of my best friends, Ira, was the one who pushed me the most. I truly believe that without her, none of this would even be possible. I would send her and one other friend drafts of each chapter as soon as I finished writing them, and she would go through them and get back to me the very same day with the most minute of changes.

I changed the plot so many times even when I was almost done, but my friends were with me throughout and I couldn’t have done it without them.

Nobody had much faith in me, everybody thought that I wouldn’t be able to actually complete it, and when I did, everyone believed that I’d just be a massive failure. But I still persisted and my parents had faith in me. I would have these small moments where I’d just be overcome with emotions and I’d channel them into my writing. I’d sit at night with my parents and read them a few paragraphs that meant something to me, and that look of approval from them was all I needed to shut out the haters.

So, all in all, my journey was a really difficult one, but I’m so grateful that I had a handful of people with me whose support made me pull through.

Anandi: The story of Emerald is one about love, friendship, deception, heartbreak, betrayal, and how people are not always what they seem to be. For her, the people closest to her turned out to be strangers; the people she thought she knew the best turned out to be the ones who broke her heart in the most devastating way. And therefore, the name of the book came to be “Her Closest Strangers”. The credit, however, goes to my aunt, since she was the one who actually came up with the name.

Anandi: To be honest, being 16, I still don’t know whether that’s something I want to do with my life. But to answer the question, books have always been a huge part of my life, ever since I was 6. Whether it was Geronimo Stilton, or Enid Blyton, or Rick Riordan or of course, J.K. Rowling, my mom always made sure that I had a book in my hand. I went from being a kid who used to get scolded for not reading books to being a kid who would plead just to get a few more minutes of reading time, and after getting a kindle, stay up till four in the morning reading under the covers.

I used to go to these summer camps and I would learn new words, and every week, we were supposed to write an essay and a book review and try using as many new words as possible. Over time, before I knew it, I had developed a knack for writing. I felt truly connected to words the first time I won an inter-school competition with an original story. After that, scoring the highest in my batch in English every time and being selected for every writing competition became one of the best and most routine parts of my life. I got to know Ira through a competition, and it was after that that she vouched for me as my senior for Jaipur Literature Fest.

Anandi: Honestly, I don’t really know. I hope, first of all, that I get into a good college for science. I hope that college and studies doesn’t take over my life completely so that I still find time to write. In a perfect world, by the time I’m 26, I see myself as a scientist for NASA, and also on the verge of publishing my 5th book.

Anandi: I believe that it’s extremely important. Whether or not the right group of people know about it is what makes all the difference. And of course, if the marketing is up to the mark, but the quality of the book isn’t, then no matter how many people know about it, the amount of readers is not going increase.

Anandi: The meaning of true friendship and love. How far one dares to go for their loved ones. How, even after everything, some friendships and some loves are so strong, that they survive.

Anandi: Most of my time is taken up by school and coachings, really. So, in my free time, I mostly talk to my friends, or read. I also love listening to music, and watching movies and TV series.

Anandi: I take a break from writing. I spend my time reading or watching something, and I talk it out with my friends. But if nothing works, I just resort to letting it go for a few days, and give myself time to decompress.

Anandi: It would take me a few hours to just comprehend what happened, because it’d be my wildest dream come true. And even after that, I’m not quite sure I’d be able to believe whether what was happening was real.

Anandi: I am working on another book. It’s a completely different storyline, and it’s a thriller as of now. I’m still working on the plot, but I have a rough idea of how I want it to turn out. I’m still trying to find a good start, which does imply, yes, that I’ve re-written the first chapter multiple times. I still don’t know whether I’ll be able to follow through on this one, considering I’m going to start preparing for JEE this year.

Anandi: Read! Read as much as you can. You don’t have to learn a page of the dictionary every day to increase your vocabulary. Just read as many books as possible, and it doesn’t matter what the genre is. 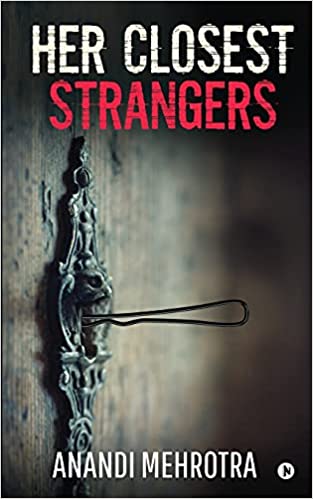 One thought on “In Conversation With Anandi Mehrotra”